One of the highlights of our brief jaunt in Vancouver was Stanley Park, a vast, 1001-acre public park that dominates the peninsula north of downtown Vancouver.  It’s mostly old, dense forest (many trees are hundreds of years old), and it features bike paths and trails spidering throughout.  It’s understandably a popular destination for daily exercisers. 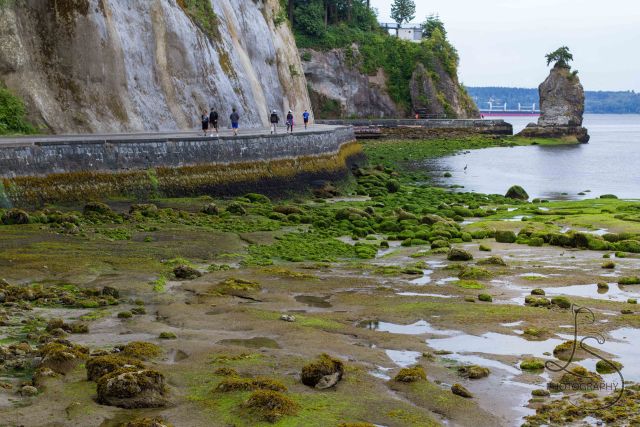 We brought out bikes north with us, and we spent much of the long weekend on them.  This was far better than trying to locate parking spots with so many visitors in town for the holiday, and it greatly expanded our reasonable radius for activities.

We dedicated an entire morning to Stanley Park, biking out from our rental, along Vancouver Harbor, and counterclockwise around the perimeter of the park.  The path is conveniently one-way, with bikes and pedestrians getting their own lanes.  We traversed the entire six-mile trail, stopping along the way to take in the sights, snap a few photos, and chat with the locals.  I even caught some shots of seagulls and herons!

When we completed the loop, we turned inward from the sea to explore the forest.  A major highway bisects the park, but you’d hardly know. Bike trails cross over it in the center of the park, and the seawall winds underneath the bridge that spans the harbor on the north end. 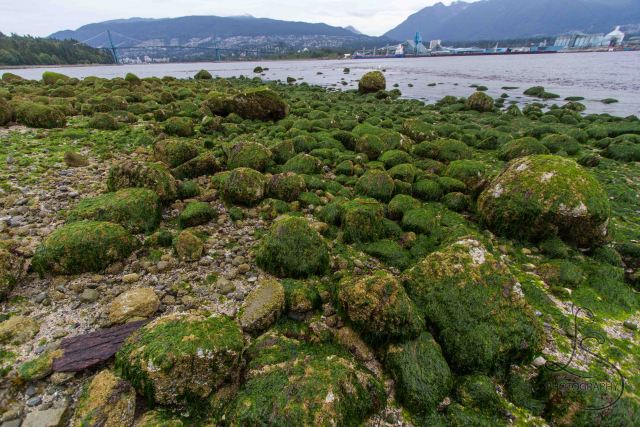 We found our way to Beaver Lake, a large pool in the middle of the park blanketed with thousands of lily pads.  It was a beautiful spot to stop for a snack, and I took a few more pictures while we planned out the remainder of our day.  We even sat on this bench with a fun dedication.  Burger the bulldog…

We swung by a garden near the south end just as a few sprinkles were dampening the sky, and we took shelter under a weeping willow and watched the ducks paddling about before heading back into town for the holiday festivities. 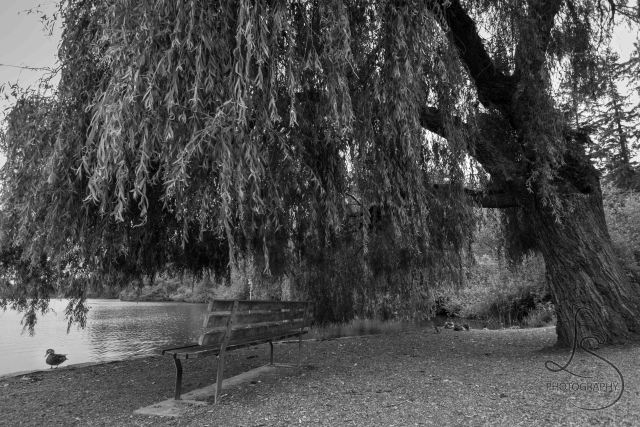 Stanley Park is quite stunning for an urban park, and I would certainly love having it in my back yard.  I love that it is predominantly preserved nature instead of a human-manufactured green space, and the area is protected from further developments of monuments that are already quite prevalent.  It’s no wonder it was voted best park in the world by TripAdvisor (followed by New York’s Central Park and Colorado Spring’s Garden of the Gods).  It’s worth the visit should you find yourself in the area.