Day 13.  We reached the end at last.. no matter how much we tried to put it off.  It was time to come home.  We ate our last onigiri, I lovingly tucked away my many acquired kitties, and we bid Japan a sad sayonara.

We wouldn’t go hungry for breakfast as we had the day before; we had delectable dango (that’s a breakfast food, right?) to start our day.  And they tasted all the sweeter when coupled with another exciting installment of JMTV.

Next: trains.  After a short hop to Kyoto Station, we boarded the Shinkansen.  There was a vendor on the platform selling bento; I was all too happy to give in to another opportunity to participate in the minutiae of Japanese life.  We also picked up some onigiri for the train ride (I still hadn’t tried any yet!).

The ride back to Tokyo seemed shorter than the trip out somehow.  The scenery whizzed by, and I was fascinated with the odd colors elicited from my polarizer through the train window tinting.

Halfway to Tokyo, we broke into our cute bento and onigiri.  The wrapping on these little rice balls is brilliant!  They’ve designed a wrapper that separates the dry seaweed from the moist rice so the former doesn’t get soggy, yet unwraps in such a way so as to prevent an unpleasant bite of plastic.  I was once more impressed with the Japanese ingenuity.

NEX brought us to Narita Airport, where we managed to scoop up the last of our sought-for souvenirs before submitting to the 10-hour flight marathon.  The plane was delayed, and we ended up taking off two hours after boarding.

Suffice it to say, after a trip like that, we were exhausted.  I had wild hopes of writing out many of these blog posts and editing photos during those distraction-free hours, but in truth, I mostly slept, amidst a movie and reading.  I just wanted to check out for a while.

When we finally reached Vancouver, BC, we set our clocks back (how was it morning again??)  We now knew we were in for the treat of customs – oh boy. 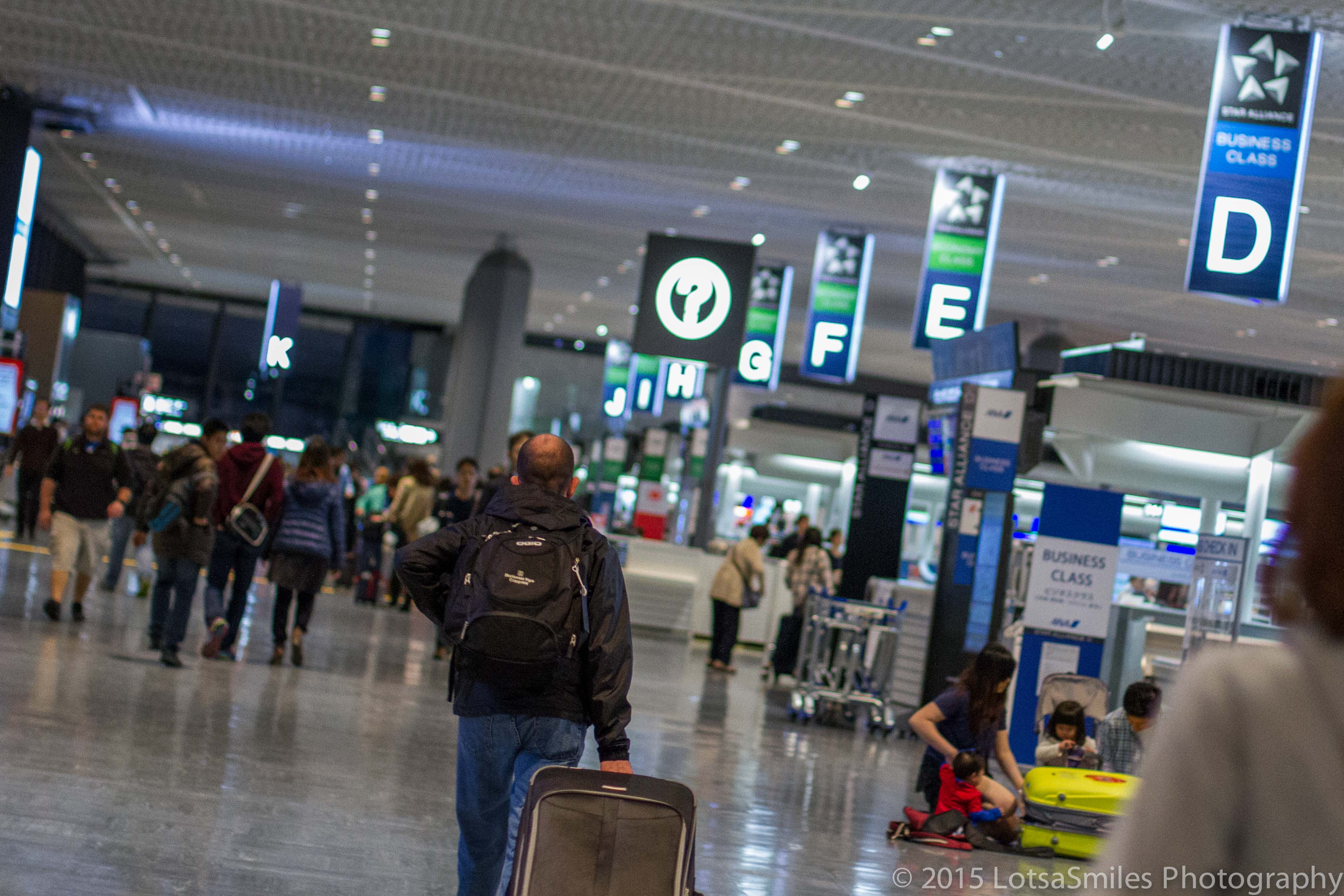 We continued to our gate, stopping by a counter to exchange our yen back into dollars.  They couldn’t take anything smaller than ¥50 (of which, we unfortunately had many).  Had we known, we would have been more careful about spending our smaller coins.  No big loss either way.  Additionally, they didn’t have any American coins.  In the end, we were left with American dollars, a bunch of yen coins, and a handful of Canadian quarters.  Ah, money.. you silly thing.

Hungry for lunch (or dinner, or an early breakfast??), we naturally gravitated toward the most Asian-looking establishment in the food court.  Boy were we disappointed.  The server behind the counter was a zombie, lazily slopping food into our containers, and the gal who handled the monetary exchange literally tossed the receipt on top of our food without so much as a sideward glance.  After the genuine Japanese courtesy to which we had grown accustomed, this was simply appalling.  And then the food itself was far from Asian.  It was laden with sugar, dried out, and bland.  We missed Japan already.

After an uneventful hop across the border, we were home.  No more customs (which surprised us); we just walked off the plane, grabbed our bags, and were done.

Over 36 hours, and it was still Saturday.

We stayed awake long enough for some pizza and a Miyazaki film (which we thought fitting) before crashing at 8pm.  Needless to say, we were glad to still have one more day to recoup before reporting back to work.

Baka gaijin moment of the day:  The Japanese version of TSA requires all electronics be pulled out of your bag: iPads, cameras, coins, etc.  Remember this to avoid having your bag rescanned four times.

Overall, it was (of course) an incredible trip that has left us memories for a lifetime.  We will go back, and the experiences there have already reshaped our lives.  I can’t encourage others enough.  Go to Japan.  You won’t regret it.

I seriously thought about what might be my “most memorable moment,” but I really couldn’t come up with anything specific.  Every day was a unique and exciting experience.

Good luck with your own travels.  If you find yourself in Japan, have some taiyaki for me ^_^ 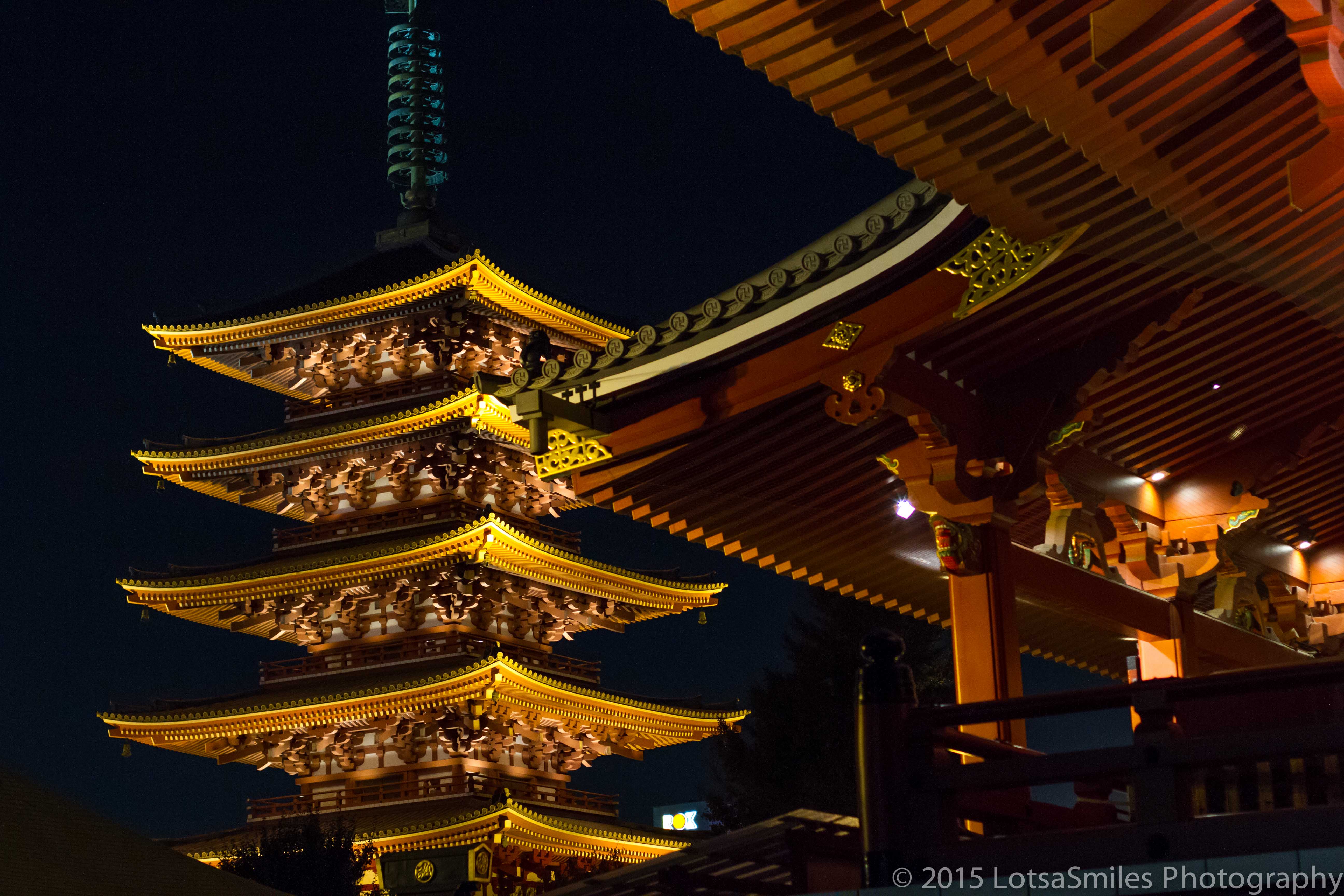