Day 5 saw some gentle wandering through Asakusa, our first shrines, mouth-watering food, and cats.  Every day brings new adventures; there’s no opportunity to get bored!

We began the day with a train ride to Ueno.  Our priority was to get postcards out as soon as possible (knowing they’d likely arrive after we returned to the States), so we sought out a post office, passing the line to pachinko and wandering the Ameyoko Market in the meantime.

We walked down the main street, and I was drawn into a coffee shop by a promised plastic cat that rests on the edge of your glass.  We chilled with some iced coffees; the slower morning starkly contrasted the much faster ones we had had so far, but I was glad for the rest. 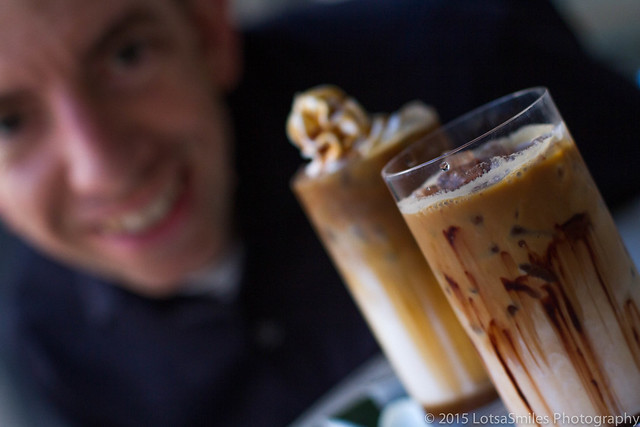 Going to Japan, we were tasked with locating and bringing home a high-quality Japanese chef’s knife.  Therefore, we went to huge Niimi kitchen supply store.  The building featured a giant chef’s head (somewhat scary, actually) and three floors packed with knives, plates, bowls, tea sets, sake sets, and everything in between.  We consulted a clerk, and I was impressed with his understanding of English (and of knives).  The timing worked such that I could text my brother (the chef) in real time and select his ideal choice.  Task completed, we moved on.

Traversing the main street, I couldn’t believe how many shops were dedicated to butsudan (small family shrines found in many homes to honor family members who have passed).  All beautifully crafted, stores upon stores upon stores – almost all between Ueno Station and Sensoji Shrine – featured these little wooden cabinets.  It’s amazing to think there’s such a large industry to support that much supply. 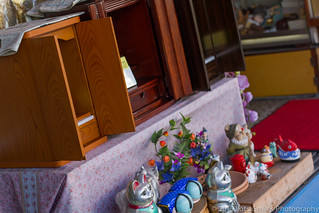 Aaron had done some research ahead of time for a good place to stop for lunch, and with Komakata Dozeu, it really paid off!  Firstly, just looking at the outside of the establishment, a foreigner would never guess it was a restaurant.  Devoid of any menus or even windows to peek inside, most would simply continue walking.  Knowing better, we stepped through the sliding door and between the noren panels to be greeted by young Japanese women urging us to take our shoes off.

This was a truly traditional restaurant; you sit cross-legged on a tatami mat, order a set meal, and you consume every delectable dish after it has cooked on a small fire right in front of you.  Half of the items I didn’t quite recognize, but we were there for the experience, and nothing disappointed.  The entire meal for the two of us set us back about ¥6400, but it was worth every yen. 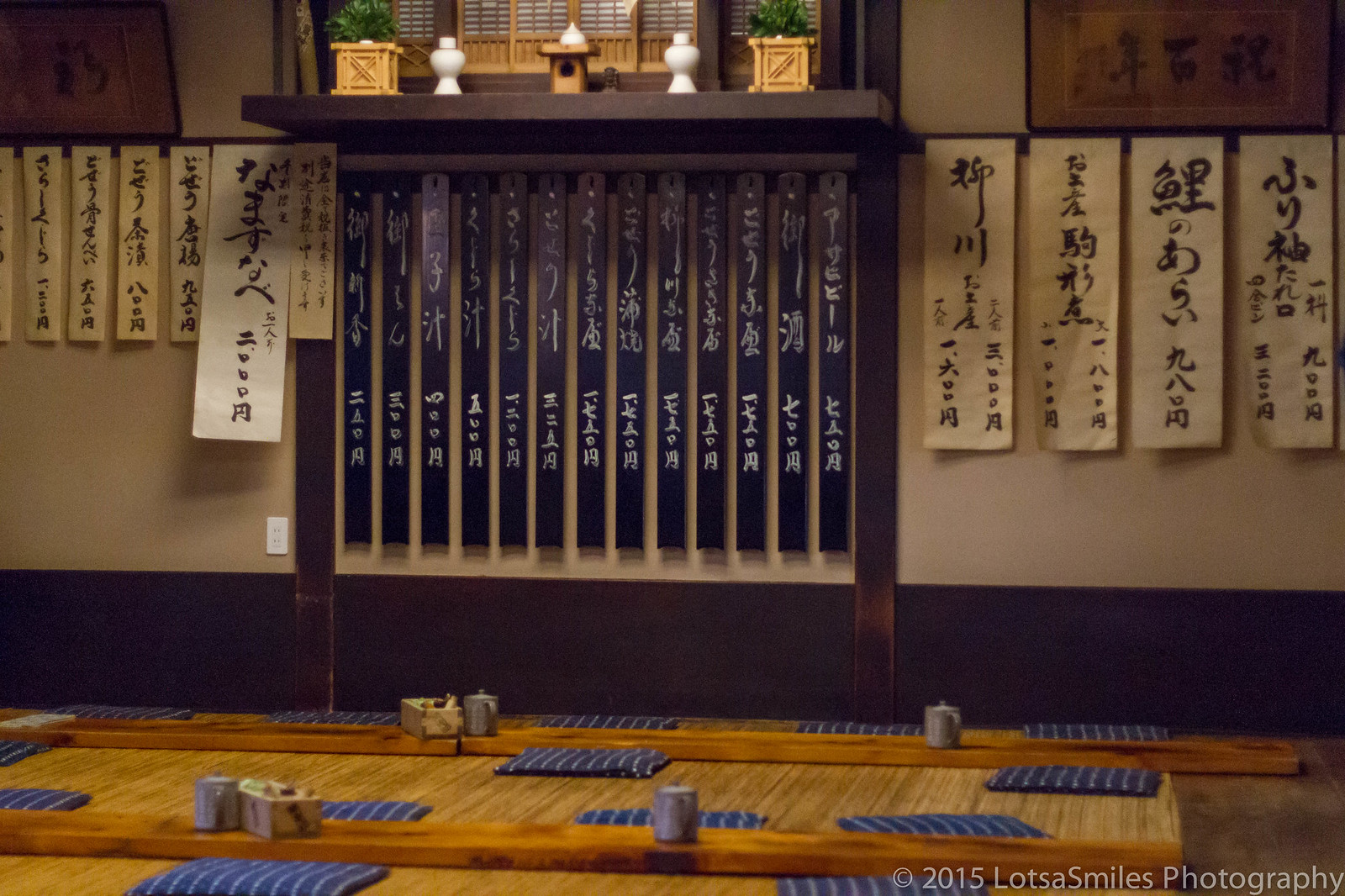 The only downside was when the young gentlemen beside us lit up a post-meal cigarette.  Oddly, it didn’t smell like what I’m used to; it was very sweet, almost like incense.  That made it a little better, but I still didn’t care to be next to it. 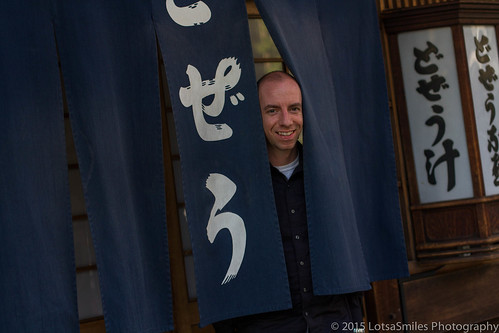 After lunch, we continued up the street to Sensoji Shrine, browsing the many shops and taking the cliche touristy pictures.  We even had a group of adorable school kids approach us, read a prepared script (in English), and proceeded to ask us some basic questions like where we were from and what our favorite Japanese food was.  They even gave us some green tea to try later and closed the encounter with a group photo.  I can just picture that assignment in class: “We’re taking a field trip today.  Find a foreigner and practice your English.”

This being our first shrine, we of course had to pay our ¥100 and draw our fortunes.  I got 十七 (17), and Aaron got 七十 (70).  Both were bad luck.  I suppose 7s aren’t as powerful in Japan.  We tied our fortunes so the back luck would stay behind, but I would have liked at least one of us to have gotten a positive fortune.

Next on our list: kitties! – another item on our musts list for Japan.  A small room on the sixth floor, the cat cafe had the feel of a personally-owned business.  This one was all about their 18 cats – no food or beverage – and the proprietor spoke English very well.  Most of the visitors likewise spoke English, and we passed the time petting kitties and chatting with two gals from just north of Sydney.  I set my lens case down on a chair, and Rin-chan was quick to fall in love with it; I was sad to have to take it away from her when we left.

Many of the cats had bent or much-shortened tails.  Their tails looked so sad, but the cats appeared quite content.  I feared this batch had been abused in some way (I hoped not while at the cafe), but my post-trip research reveals this is apparently a common genetic defect in Asian feral cats.  They certainly seemed well-loved in that little room. 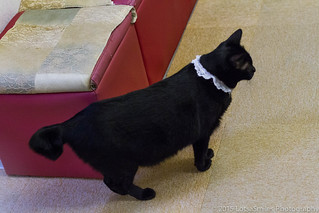 That evening, we met up with a Japanese Meetup group in the hopes of meeting some interesting locals.  Instead, we were somewhat disappointed to find nearly everyone in attendance was an English-speaking foreigner.  Not to say we didn’t meet some interesting people: Jordie ,the Canadian celebrating a birthday; another Canadian dead set on getting hopelessly sloshed; Naasa, the Japanese gentleman looking to embarrass himself as much as possible; Luke and Kyle, friends from Oklahoma…  We had some fun conversations about our time in Japan.

It was a three-location pub crawl (quickly becoming less and less of our kind of thing) in Roppongi, and most were drunk very quickly.  It was more entertaining to watch everyone around us going downhill.  We were clearly the most sober ones there, and we were two of the first to leave.

After having been surrounded by Japanese kindness and generosity, I was actually embarrassed to be associated with the loud and obnoxious group, representing the US in that way.  Though people were from Canada, London, the US, Netherlands, etc, the behaviors were reminiscent of irresponsible American: slamming vacated glasses on the table, stumbling, yelling, trashing the restroom, and the like.  I preferred the more courteous company of the natives. 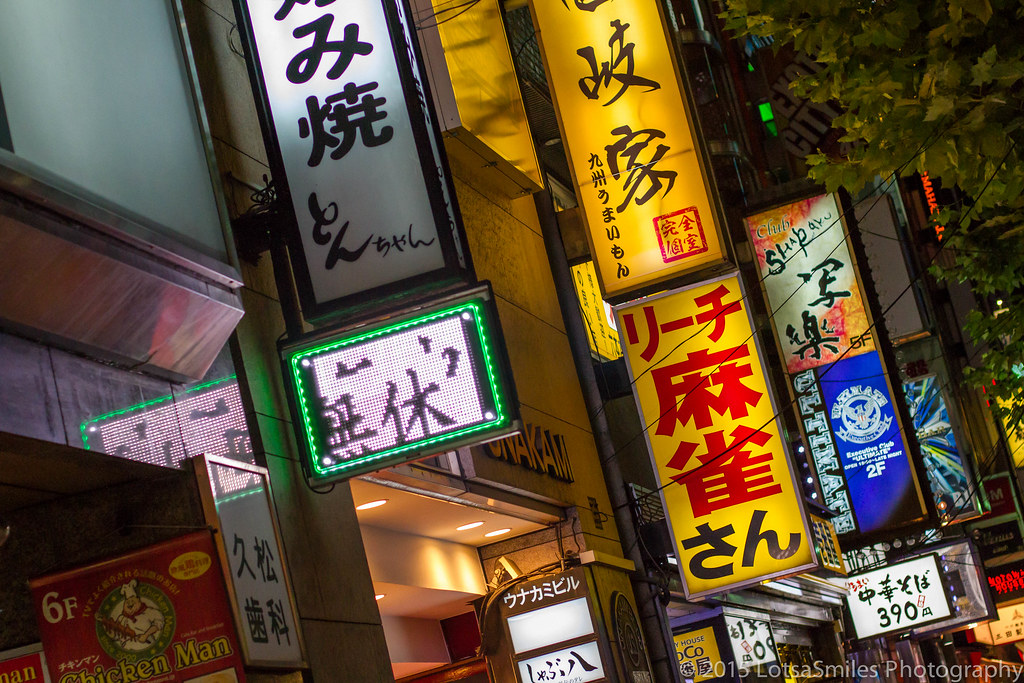 I found Roppongi is really sketchy at night.  The streets were lined with African foreigners, all fighting for our business, trying to convince us to visit their clubs.  We insisted we were done for the evening, just wanting to go home (which they couldn’t seem to understand at only 11:30pm).  We even had one follow us, continuing his pitch as we walked.  It was the first time I actually felt even remotely unsafe.  Discovering we had gone the wrong way, we crossed the street before backtracking, preferring to avoid the swarm buzzing just outside the bars. 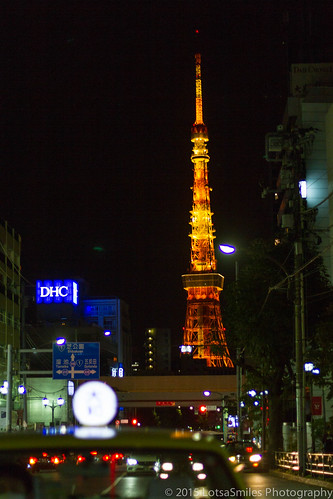 The subway at this time of night also presented us with something new.  There nearly a week, we had never seen the train so lively!  We were so accustomed to seeing the comatose drones or the smartphone junkies during the day.  It seemed everyone had finally found their energy; they just save it all for Friday night.  I suppose this really could have been every night, for all we knew; we just hadn’t been up late enough to witness it.

We grabbed a quick bowl of noodles for a late dinner before heading back to our hotel.  This day was particularly long, and as with every other day, it ended in a crash. 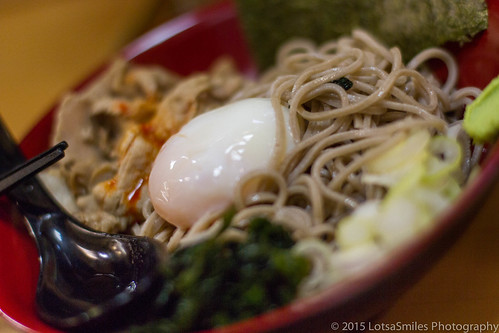 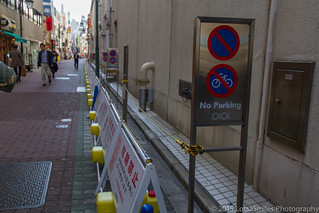 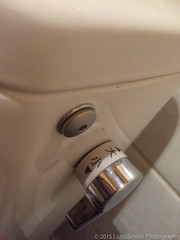 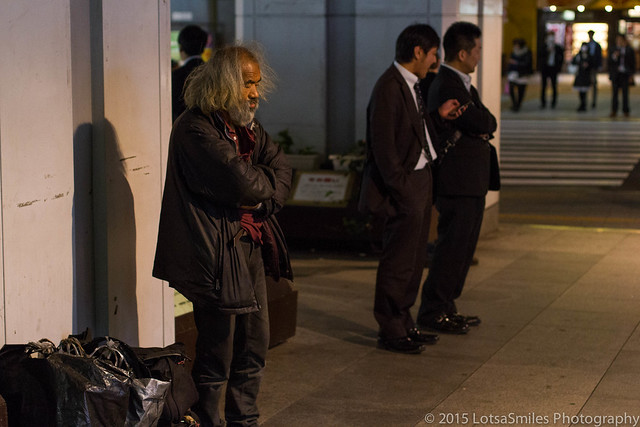 Baka gaijin moment of the day: Oddly-shaped postcards cannot be mailed; only rectangular cards will be accepted.  Even if the Japanese tourist spot sells oddly-shaped cards with a clearly-labeled spot for a stamp. 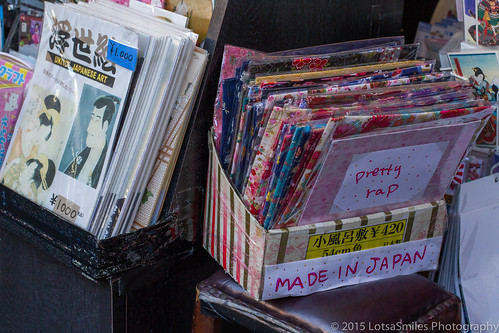