No, that isn’t a typo.  “Days 0″ is what I meant.  With a 10-hour flight into the future, it will feel like one of the longest days of your life (but still shorter than the return trip).

While I’ve travelled internationally before, the last time I did so was when I was 13 – young enough to still have an adult chaperone to take care of all the paperwork.  This was the first time doing everything ourselves, and it was quite the whirlwind! 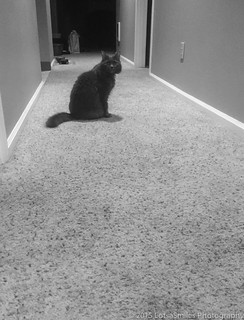 We got up at our normal time (of 5am), and after many kisses to our soon-to-be-lonely Holee, we headed out to the airport, all clothing, toiletries, and camera gear in-tow.  Our first leg was uneventful and quick – only an hour hop north to the real ‘Couve.  We were on an itty bitty plane that made a lot of noise and was easily jostled by turbulence, but we arrived safely.

I was fascinated by the propellers through my phone’s camera, as they appeared disconnected and twisted.  Appropriately timed, I saw another blog post that clearly explains this phenomenon.  Sometimes, the camera really does matter! 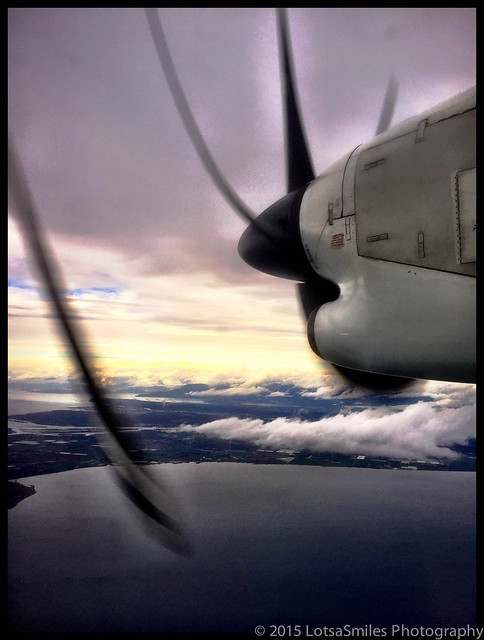 Vancouver was interesting, though grey with clouds.  It’s a beautiful airport, with food right at the gates.  We got a taste of being in Japan when we couldn’t find our gate; a Japanese man had to interpret what we were saying to assist us.  I was a bit surprised to see such a large Asian population in that airport, but I suppose it shouldn’t be too shocking given its proximity. 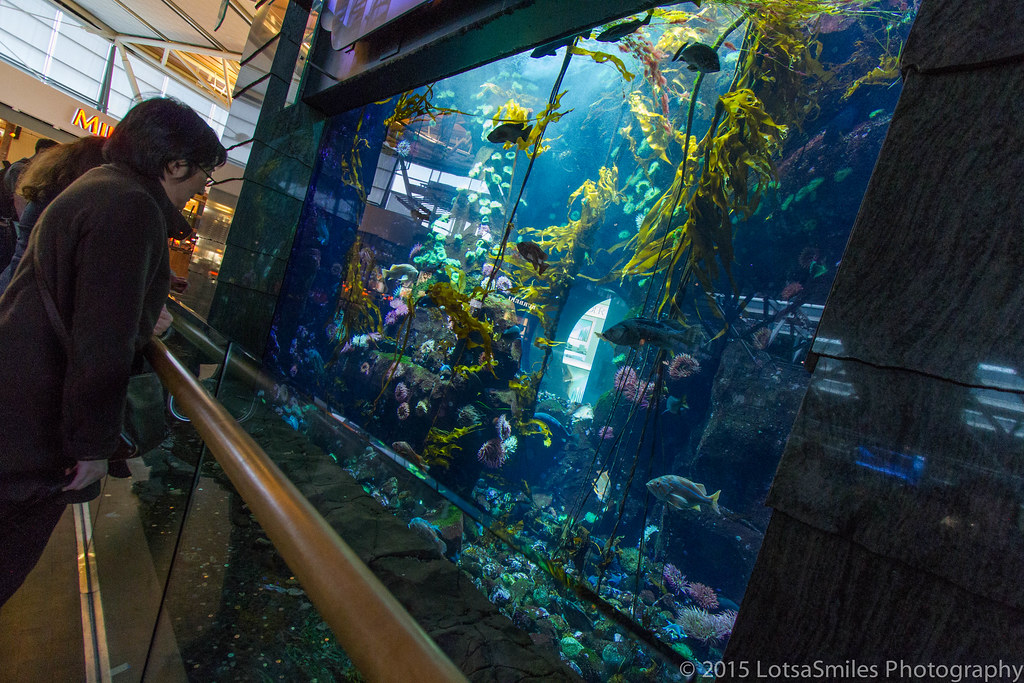 Our main and final leg was comfortable.  Air Canada treats you well, with two meals and a library of movie entertainment to watch on demand at your leisure.  We sat next to a friendly Vancouverite who has apparently travelled the world and was on his way to Japan (for the first time) for a conference.  We exchanged blog information, chatted about photography and traveling and a host of other things.  We otherwise passed the time watching movies, reading, and napping.  I also dedicated a fair chunk to photo organization (why not, right?). 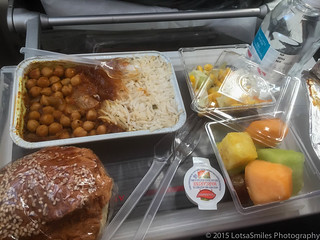 Landing (now about 4pm the following day), we got through immigration and redeemed our JR pass vouchers.  Our first order of business was to get some cash for our day-to-day activities.  The ATM wouldn’t work.  Frustrated, we ran to catch our train (JR passes are very handy and highly recommended), resolving to call our bank (at 20 cents per minute).  They’re really good with the fraud protection, and while we alerted them beforehand of our trip (always a good move), I feared they had still put a hold on the account (we’ve had this happen before).  Turns out nothing was wrong with the account, and we were instructed to try another ATM.  Fortunately, the next worked!  The way their ATMs open (which is a spectacle in itself), combined with our previous struggles, Aaron was feeling like he won the lottery. 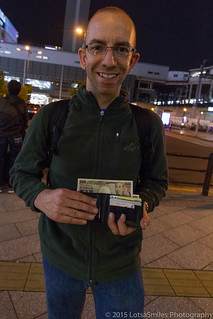 Too exhausted to do much else (despite being quite hungry), we checked into our (tiny) room and crashed, nearly 24 hours after our last alarm had gone off.  We had woken on a Saturday and tomorrow was Monday.  Add in there the end of daylight savings.  It was a LONG day… and yet, where did the weekend go? 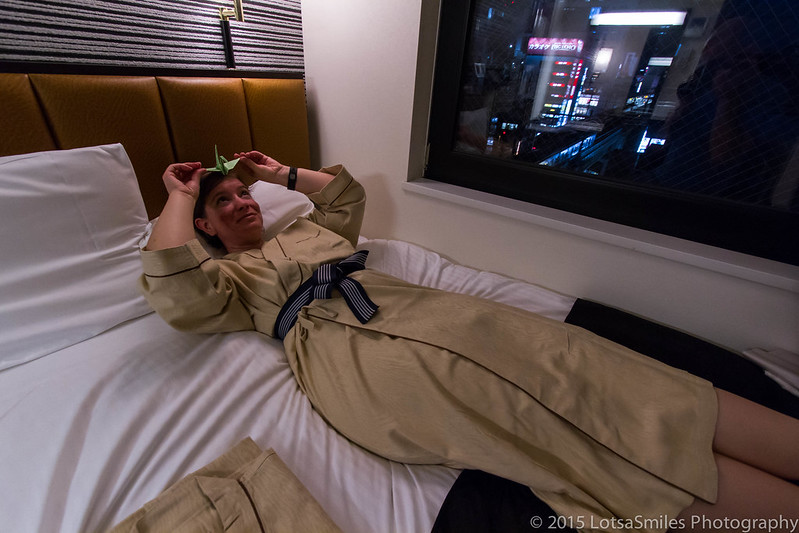 Lessons learned (disclaimer: all lessons are as of the day learned; some were relearned at a later date): 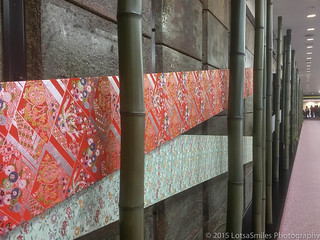 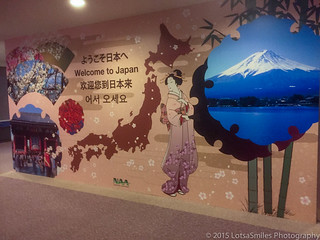 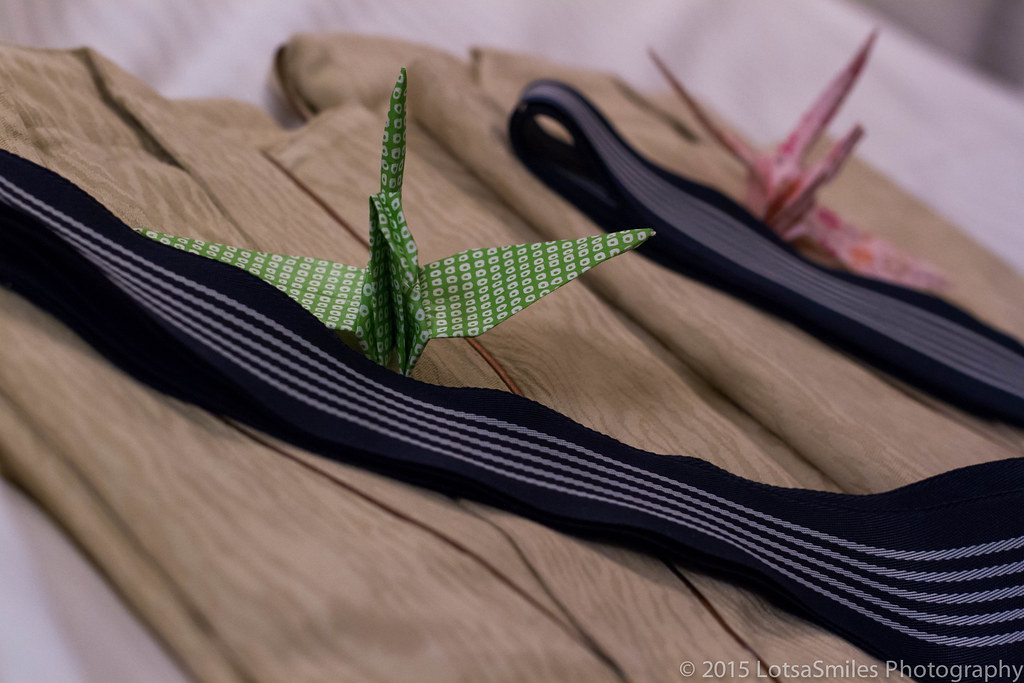 Baka gaijin moment of the day: Don’t try to just walk right out of the ticket gates.  Since you can’t feed your JR pass through the wicket, you must show it to the attendant to go through.  Activating red lights can be a tad embarrassing. 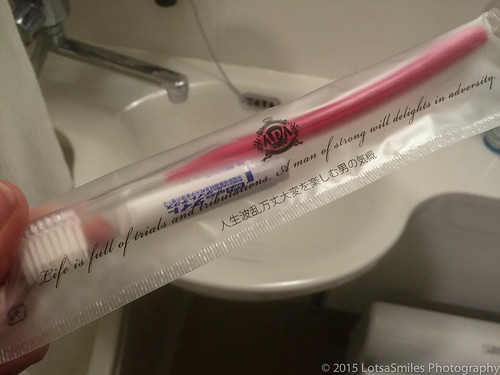