I had seen pictures of Mesa Verde from my parents’ trip several years ago, so I couldn’t quite understand the name; clay structures built into the cliff walls looked anything but green.  However, when we finally arrived, I saw the land was decorated with lush trees and stubby desert shrubs. 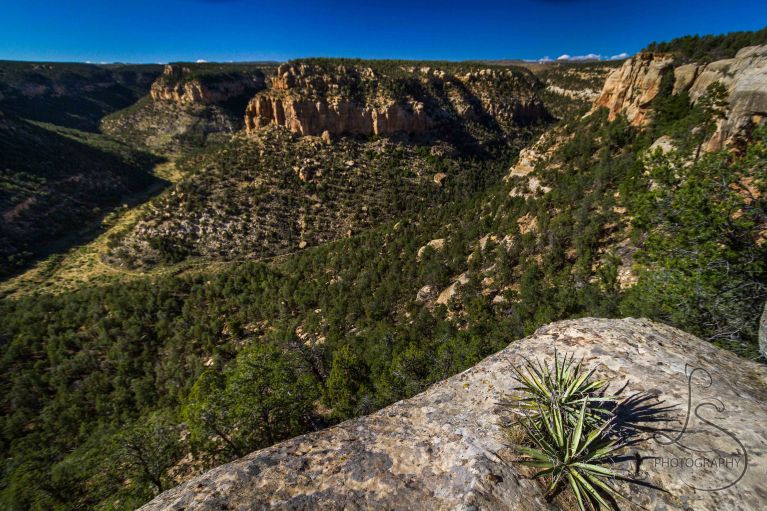 Beyond the color, I was mostly surprised by the sheer distances.  We entered the park at the north end, and it was still almost an hour before we reached our lodgings at the top of the mesa.  Some of that was spent in the numerous switchbacks to ascend the towering land mass, and the rest was simply traversing it.  This was also evident when visiting the cliff dwellings.  It took us half an hour to make our way to the primary site cluster, and we didn’t even bother make the trek out to Wetherill Mesa for the other sites, as we agreed the time to get there wasn’t worth it.

We stayed at Far View Lodge in the park, and the name is appropriate, as it looks south out across the mesa and to the open valley below.  There’s nothing quite like those views of the desert stretching out for miles until it fades into the haze of the horizon.  The restaurant there is quite good – albeit expensive – and the bar made for a casual place to hang out after a day of exploring the ruins.

Our final adventure with this stunning park was a hike along the Petroglyph Point Loop Trail. 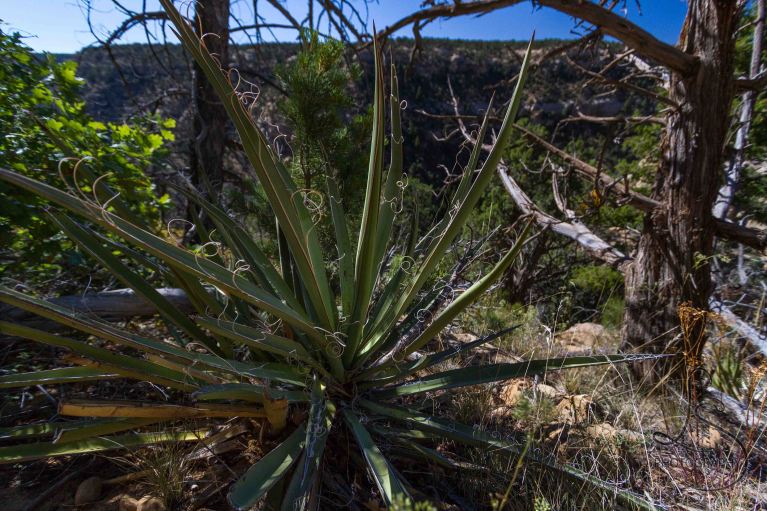 This 2.4-mile path took us past Spruce Tree House, down into the canyon, around the tip of the mesa finger, then straight up the mesa to loop back to the visitor center.  We grabbed a trail guide booklet, which included points of educational interest all along the trail, but I was disappointed it contained more about the plant life than historical tidbits on the ancient Puebloans.  It did prove quite useful, however, when we reached the petroglyphs at the midpoint of the trail, as it contained some of the translations.

Along the way, we saw fascinating evidence of the beginnings of the larger geological structures – cliff overhangs slowly being carved out and fun, smooth cubbies (complete with beer holders!).  We squeezed between boulders and scrambled over rocks broken from the mesa above.  We even came across smaller ruins of granaries and faded hints of structured walls.

The petroglyphs, themselves, were beautiful.  A large rock permits close inspection, and the symbols are quite clear, even after so many years.  I was glad for the lack of many hikers on the trail (somewhat off-season and away from the dwellings), as we could spend our time relatively undisturbed.

We then climbed our way up.  The trail was a bit difficult to make out at times, but cairns kept us on track.

At the tip of the mesa, we felt like we stood on top of the world. 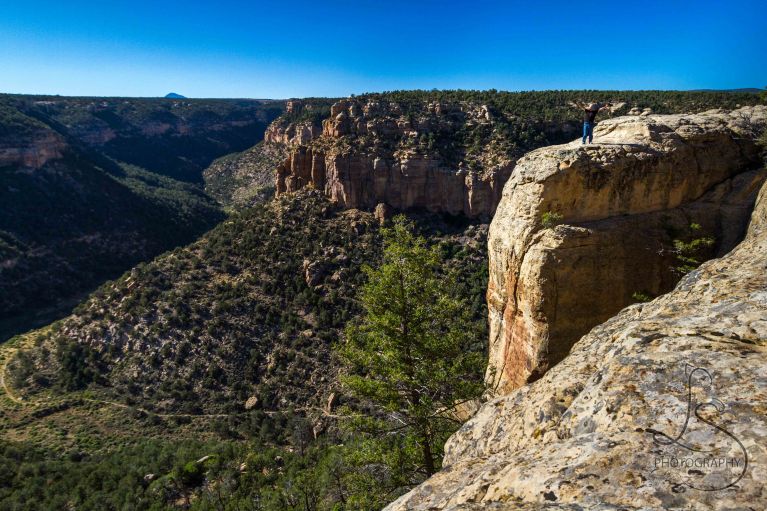 Dad and Aaron had to venture out onto a precarious outcropping amidst a blustery wind.  I was content to simply record their stupidity (I know, I’m one to talk…).

As we found ourselves inline once more with the visitor center, with a canyon between us, I wondered how we’d loop back.  Zipline? (I wish!)  I was surprised to see us pop out just north of Spruce Tree House, and as we crossed the rocky edge back toward our starting point – past the stairs to nowhere – I wished I had known about this ledge when I was trying to shoot stars that morning.  This would have been an excellent vantage (had I known we could see a dwelling from there).  I’ll save that for next time! 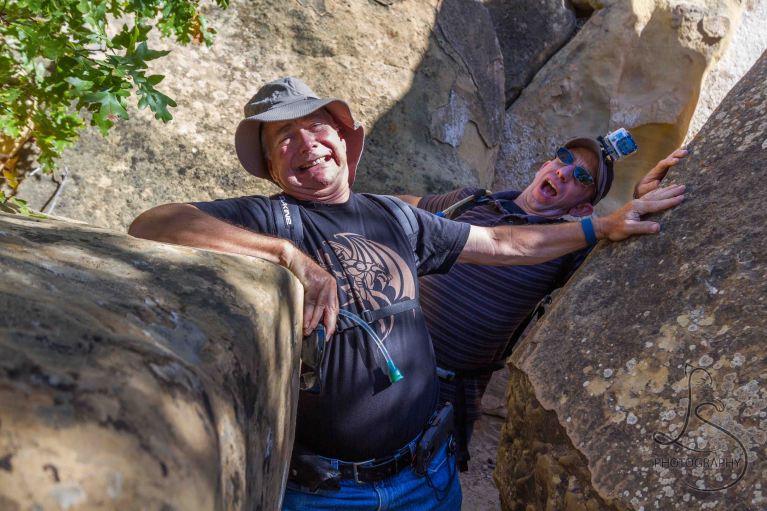 Overall, I thoroughly enjoyed our time at Mesa Verde, but it was time to move on to the true heart of our desert road trip: Moab.