Every day in Norway brought yet another magnificent wonder.  Just when we thought we had reached the ultimate level of amazement, Norway ratcheted it up another impossible level.

See this stunning waterfall?  Now feast your eyes on this!  Think this view is beautiful?  Wait till you get a load of this! 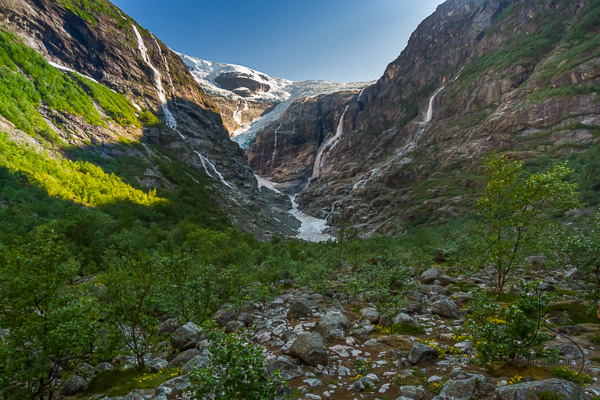 And this was before we discovered the glaciers.

Logically, I should have realized Norway would be littered with the icy behemoths, but it just didn’t really cross my mind.  After all, the countless fjords are mostly formed by glacier melt.  Why, then, did I never consider we’d see one? 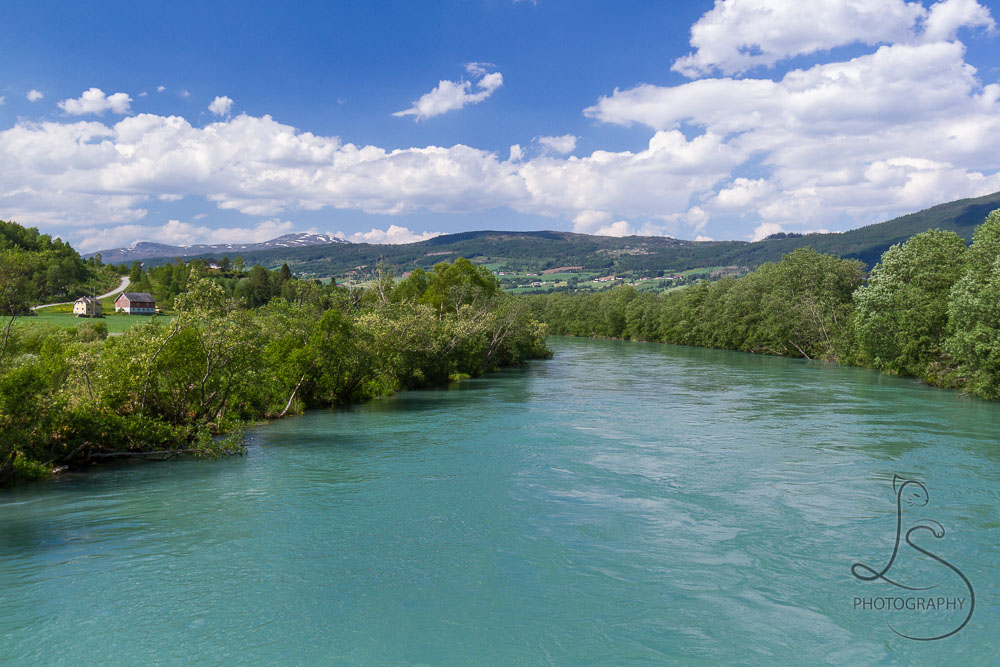 The friends with which we were traveling had visited Norway before, so they knew all the best spots.  The color of the water as we drove was amazing.  That should have been my first clue.  But I had no idea where we were going (I really do love surprises far too much) until we pulled into the parking lot in the late evening, and we caught our first glimpses of the exciting destination: Kjenndalen. 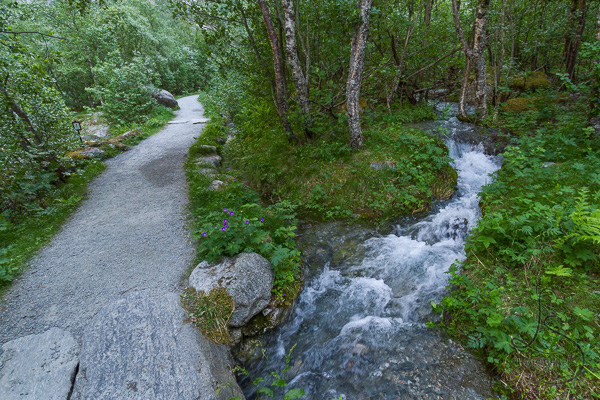 It was late, and the sun was low in the sky (which really means something during summer in Norway).  The lighting was terrible – not yet golden hour with dark shadows on the canyon walls, but that couldn’t begin to dampen our mood. 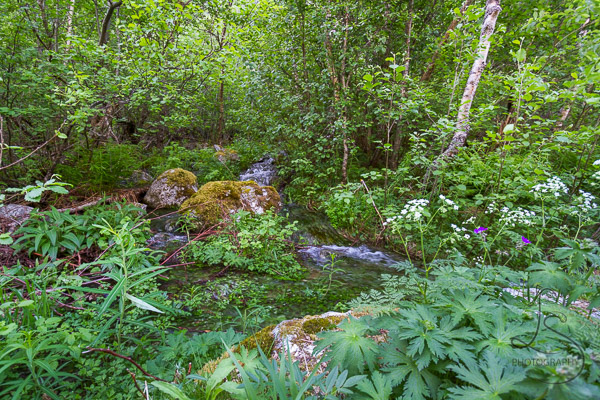 The hike itself was straightforward.  The path wound through a lush forest, the ground completely saturated from nearby streams.  It was bizarre to see water flowing across the grass and under the ground cover.  A few spots of the trail were likewise underwater, but it was easy enough to detour and hop across dry rocks.

The trail proper culminated at the edge of a rocky field, suddenly mostly devoid of anything green.  This point atop a slight rise served as an adequate viewpoint for the casual visitors, a mere 15 minutes from the sparse parking lot.  Here, the tourists and kids could turn around, feeling accomplished that they experienced a Norwegian glacier.

Don’t get me wrong.. the view from this spot is beautiful.  And for most, it’s likely already more spectacular than anything they’ve seen before.

But you should know by now – we aren’t most people.  Right where the adventure ends for them, it’s only just beginning for us!

Beyond the trail and to the glacier 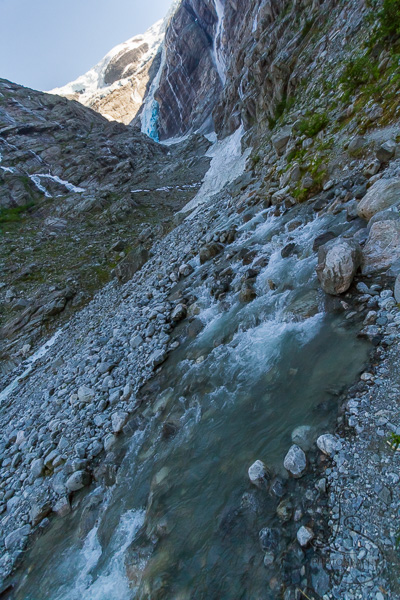 We boldly ventured beyond the warning signs to glean a closer look at Nature’s masterpiece before us.  A rough path was hewn into the rock field, steadily wending its way toward the ice.

As we neared, the wind really picked up, as though to blow us back from whence we came.  And the closer we got, the more fiercely it persisted in its effort to banish us.

But we wouldn’t be deterred.

We pressed onwards – and upwards – scrambling over the larger rocks and scaling the neighboring rock face.  This brought us alongside the fingertips of Kjenndalen, dripping their chilly threats into a crystal clear stream.

The wind blew while the glacier called.  This is certainly nothing we ever see at home!  (Well… we do have a small glacier on Mount Hood, but it’s just a lump of packed dirty snow; it couldn’t compare to this foreign experience.)  My camera never left my hand, though I wished for more photogenic skies.  We were the only ones there. 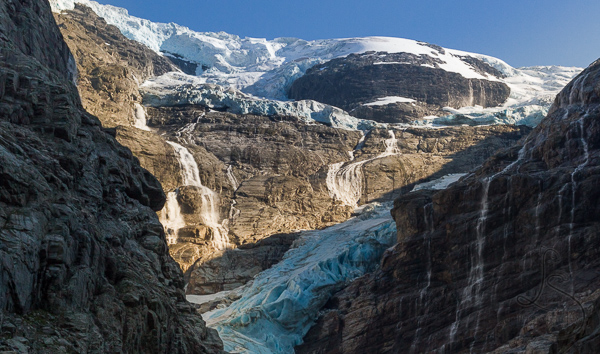 Being in a place like that is truly something spiritual.  You wouldn’t expect it – we didn’t.  It struck us quite suddenly.  But standing on a rocky ledge witnessing the sheer monumental power of the earth’s forces is so humbling.  The ice stands there so immovable yet moving, unstoppable yet fragile.  With the roar of the rushing water and the gusting wind, we were forgettable specks on the world. 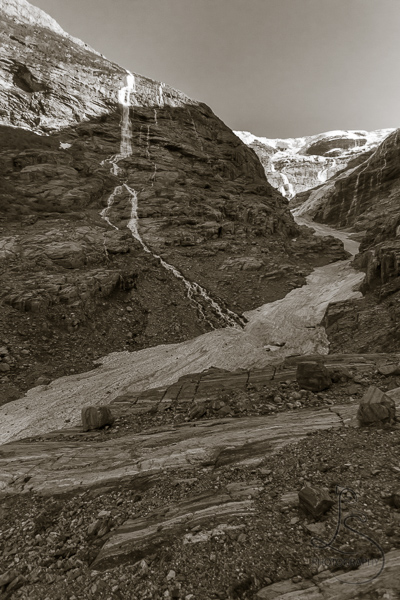 The feeling is indescribable (though I’m clearly trying).  I can bring back the most magnificent photographs, but they just can’t even scratch the surface of the experience of being there and breathing that fresh chilled air.

There are few moments in my life that have felt so insignificantly significant.  But this certainly ranks among them. 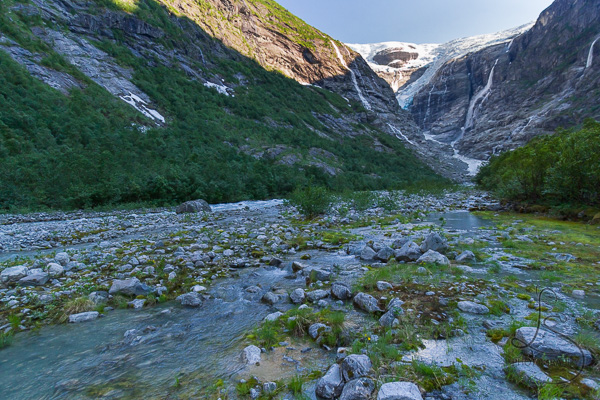 I didn’t want to leave.  I could have remained there, transfixed by that incredible place long enough to watch the glacier creep along the landscape.  But we still had so much left to see.

We made our way back through the rocks and reluctantly left this hidden wonder behind.  I even lingered at the edge of the glacial river for a few more pictures, stretching out the experience for a few more precious moments. 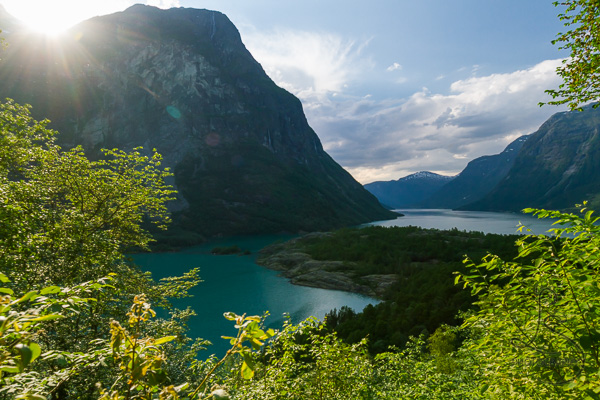 I couldn’t fathom that anything could top the absolute joy and wonderment of this evening.  But I would soon discover that Norway still had a few more tricks up its sleeve.

Want to see more?  Check out these other posts in my Norway series!
Don’t miss out on future posts!  Follow my blog for email alerts on all the latest! 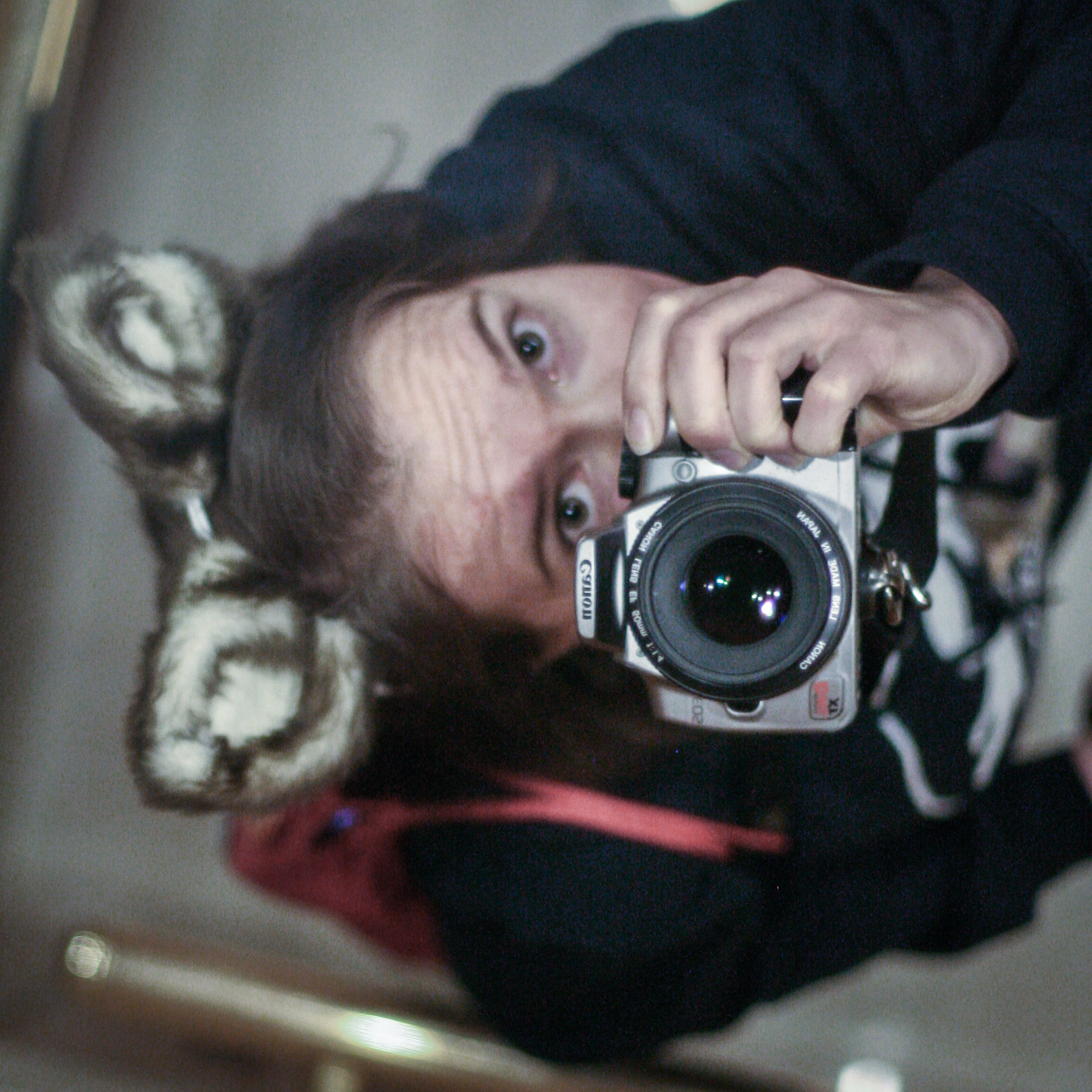